Now that we have begun to identify the components of training, what’s next? How do we decide what the tactical athlete needs to do to become better prepared? We all understand what a needs analysis or needs assessment is. But think about it for a minute? What do we really need to know about the tactical athlete to prescribe a well written performance plan?

We really need to know the mission/job description. 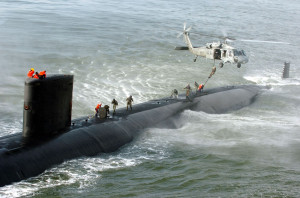 In traditional sports such as football, baseball and basketball the analysis is fairly complete and accurate. We identify factors such as energy systems and fiber types but what about taking it a step further and identifying factors such as mission surfaces, team or individual mission, body contact or collision, mission environment, and mission implements. We study these sports thoroughly and based on our analysis, begin designing the performance plan. The results of the needs analysis for sport athletes and tactical athletes initially will have much in common. As we dive deeper into the analysis however, significant differences in performance objectives become much more apparent. Factors on opposite ends of the spectrum greatly separate the two with regards to the needs of the finished performance plan.  By not performing an adequate needs analysis you will most likely inadequately train your tactical athlete. Remember it’s a plan, like a script for a movie. We have a good idea what needs to be done but it’s always dynamically evolving and subject to modification. I call it my general specific outline. Actually the plan shouldn’t be perfect before the training starts, it should be perfectly effective when you’re finished. That’s called the “Art of Coaching”. The human body transfers training adaptations pretty well. But don’t let this fool you. There are definitely contradictory training designs and they can cause detrimental effects. 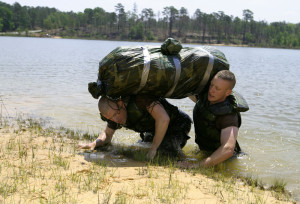 This brings me to the point of, “The Art of Coaching”. Derek Zahler, the founder of National Tactical Fitness has a philosophy that is simple but yet difficult in the application and it proves this point. It is the “80/20 Philosophy”. “Don’t let the final 20% of training ruin 80% of the results.”  Derek states “This seems to be a fairly straightforward notion. However, I found that most coaches and trainers get far too concerned with the final 20% of the training.

We are training an athlete that needs to compete on a daily, weekly, and annual basis; however, this level of competition (or physical demand) is generally not to peak genetic potential.  If you don’t believe me, ask and combat veteran, “Do you spend 100% of your effort/ ability on a given mission? Or, will you always save 20% just-in-case?”   This seems to be an obvious answer when we recognize that there is no whistle in combat or crisis that signifies the end of the mission”. 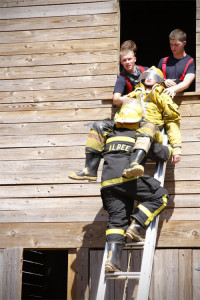 Most of the strength coaches I know do not think like this. What happens if the analysis is incomplete? Not much if you have made small errors but if significant, the errors will show themselves in the form of injuries, poor performances and outcome shifts opposite of your intended goal.  If the designed training program for example focuses predominantly on the incorrect fiber types, energy systems, bio motor patterns and program design variables (intensity, frequency, volumes and duration) you’ll send your athletes into a situation ill-prepared. It happens all the time in sports and at all levels?

So what tool should we create to aid in this endeavor and what should we call it? I call it the “MDAP”, mission demands analysis profile. This is the second tool I use when designing a performance plan. At first there were only a half dozen or so factors that I considered. Over the years it has grown into many more than a half dozen.  I add and subtract certain factors based on their relevance. It’s interesting and incredibly obvious after using the MDAP that, for example, Firefighters and Policeman have very similar and very different needs. The same is true with soldiers that are involved in Special Operation missions. Army Special Forces and Rangers have certain things in common but have very different skill sets and are used for very different missions. The same holds true for Navy Seals, Marine Force Recon and many other special operation units. The required skill sets (and performance plans) depend on the unit, the mission and the individual differences of the soldier. The more you practice the skill of analysis the better you’ll become.