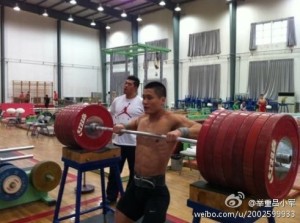 I started competing at the national level in 1987. I started competing before that but when I started competing at the national level it was a whole other world. When you move up to that level you better have game! I did ok, but not the best I could have done. Why, because at 23 years old what the heck did I know about training? I had been taught a good bit from my coach, mentors and fellow lifters but the science of strength and conditioning was just starting to take off. Looking back I made one crucial mistake. I had a good program, I was careful to not over train and I was extremely motivated. I had a training partner who made sure I was motivated. He knew just what to say and do to get the most out of me. I would not have been able to train the way I did without Kendal.

When you compete in Olympic style weightlifting or Power Lifting you perform with maximum weights for single repetition attempts. You lift the most weight you can lift for one time. What was that one crucial mistake you ask? I could tell you but then I’d have to kill you. The mistake was, I spent way too much time not performing singles, (one rep). I did sets of 10, sets of five and only spent a few weeks out of the year performing triples (3 reps) and doubles (2 reps). I never hit singles until I went to a competition. What was I thinking? “If I could only go back, I could have taken state!” One of my favorite lines spoken by “Uncle Ricco” from the movie Napoleon Dynamite. Actually I did take state but like I said, my game didn’t have to be that great at that level.

So how do you put this into practice? Simple, spend more time performing triples, doubles and singles. That goes for the assistant, auxiliary or utility exercises. It goes without saying that you need to know how to manage your program density (intensity, frequency, volume and duration). If you want to get stronger and lift heavier weights do more singles.